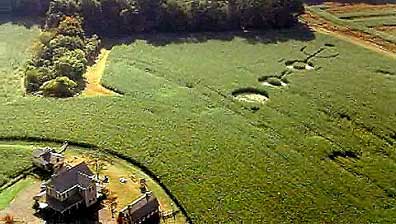 Danger in an industrial facility comes in many different horrific forms. The worst case scenarios that can arise from working in a warehouse or factory have been thoroughly explored in grisly detail through various documentaries and feature films. If you were to compose a list of all the things that could possibly go wrong, working with heavy machinery and toxic chemicals on a daily basis, it would probably take you at least half the day writing to get the job done. Fortunately, storage and production workplace conditions today are far removed from the draconian confines of plants after the industrial revolution, and are both built and managed with a view to maintaining the safety and welfare of workers. Floor hazard signs are just some of the many different tools that a manager has at his disposal, and they come in a wide variety of designs to satisfy all common dangers that may arise.

The first and most visible such sign is the sign that claims that a certain thing or a group of objects is flammable. This is denoted normally through the use of a representation of fire with the word “flammable” beneath it. The sign is usually red so that it looks extra foreboding, but it should serve its intended purpose even in an orange, white or yellow background. Fire hazards are, regrettably, a common danger in industrial facilities, and it simply is not economical or healthy to make everything flame retardant. Thus, the next best option is to warn people that a certain material can easily catch fire, making them more careful around it, particularly if they happen to be handling a device that could ignite flame, like a blowtorch, or simply a lighter for a smoking habit.

See also  Do You Need An Astrology Compatibility Report?

Another relatively common floor hazard sign is one that warns of possible electrocution from exposure to some conduit of high voltage. This sign is typically in the form of a yellow triangle with a zigzag arrow, shaped similarly to a lightning bolt. When you see this sign, and you still venture forward, you had better make sure you have business being there, and that you are wearing the appropriate insulated attire, which includes rubber gloves and boots. Anyone who sees this sign and does not have a job as an electrician should know to simply head elsewhere.

There are lesser known floor hazard signs available for specialized forms of peril. For instance, the biohazard sign, which looks like three fishtails that intertwine into three circles, and a circle in the center, marks the presence of biochemical waste, which is more than likely toxic and can easily poison anyone who may accidentally get the stuff spilled on him. This is a clear sign to go in the other direction. Another such sign is one that says the word “corrosive”, accompanied by a simple illustration of a hand carrying some kind of jar. The liquid that lies past any such sign could probably melt through a whole bunch of substances, so imagine what it would do to clothing and exposed human flesh. The end result of using floor hazard signs, regardless of the peril you are guarding against, is that people learn quickly where they shouldn’t be straying, and will be all the safer for it.