Signs Of Infidelity – Why We Miss Them? 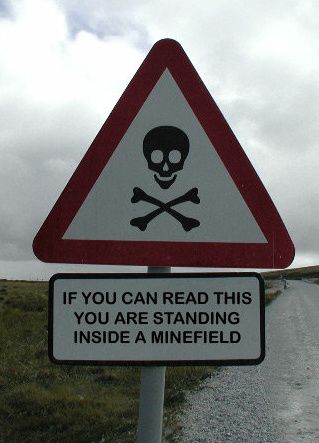 Two distinctive features of infidelity are that it is a common occurrence and that it is a complex phenomenon. The first reaction to infidelity is usually a sense of confusion. Other feelings follow only afterward. Confusion occurs because you didn’t expect your partner to have an affair. Faithfulness is something that is taken for granted in marriages. If you are loving and faithful, you naturally expect your partner also to be faithful to you. The problem of infidelity is compounded by the fact that it is often discovered too late. In fact, everybody except you seems to have known about your partner’s affair already. When you are faced with a fait accompli situation, others are in a d?ï¿½j?ï¿½ vu situation, to borrow a couple of expressions from the French language.

Therefore if you do not want to be overwhelmed and feeling helpless, you should be alert to the signs of infidelity. When a person starts courting another relationship, he or she will invariably leave out a lot of clues which a discerning partner can always pick up. I am not suggesting that you always remain suspicious. No. such an attitude will kill the relationship. I want you to just keep your eyes open.

People commit two mistakes when the signs of infidelity appear. First, they fail to see them because either they are too preoccupied with other things or have a way of not to take note of things unless they are brought to their notice. There are people who will not even notice that a bulb has fused because there are other lights they can use. When someone tells them that the bulb has fused, they will exclaim “oh, I didn’t notice. Since the other light was there I was using it”‘ How can people who fail to see things that are staring at them take note of subtle signs that become visible only to a discerning observer?

The second mistake made by people is that after noticing the clues, they choose to ignore them. They fail to note their significance. This complacency stems from the faith they have in their partner and the irrational yet most common sense of confidence that nothing can go wrong in their lives. If only these two areas are taken care of, people will be able to spot signs of infidelity as early as they start appearing. These signs of infidelity have a way of occurring again, though in different forms but all carrying an unmistakable message that your partner is having an affair.