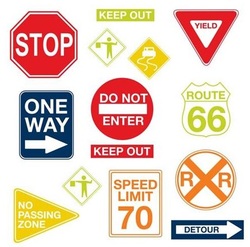 What are some Autism Early Signs?

All children are different and will develop at their own pace, the following list shows the autism early signs first and the average normal development second:

Does not babble or use gestures by 12 months – babbles, points or grasps.

Has delayed speech – should say one word by 12 months, or two words by 24 months.

Does not smile or respond to gestures – smiles or responds to others actions by six months.

Does not look at people or stares off into space – looks around and is interested in many things.

Focuses on one toy or does not play – explores and plays with many toys.

Hears now and then appears deaf – looks at people, responds to sounds, conversation and stories.

Does a thing over and over, like stacking or lining up toys – will play with various toys in no particular way.

Appears to be in their “own world” or plays alone – interacts or will play with others.

Eye contact is poor – looks at people and responds to what is going on around them.

Fixate on one action (stimming) – will change types of play or activities often.

How are Autism Early Signs Diagnosed?

Experts use diagnostic methods based on physical or visual reaction to what children see or hear; emotional reactions to what happens to them; communication-verbal and non-verbal; connections to people; body coordination; imitation and copying of others; reactions to taste, smell or touch; movement intensity; attention span; adapting to change; intellectual response; fear and anxiety; use of objects in patterned ways and general observations.

Children exhibiting Autism Early Signs may stare off into space, or react strangely to what they see, hear, taste, smell or touch. Autistic children can focus on stacking, or lining up of objects for long periods of time. Autistic children can rock backwards and forwards, or do the same thing repetitiously; this is called Stimming.

The Autism Early Signs That Experts Look For

Experts will look at the expected level of development for the child’s age, and to diagnose Autism they will generally look for noticeable impairment autism early signs in at least two of the following areas of social interaction; lack of bringing, showing or pointing out objects of interest of theirs to others; limited or no eye to eye gaze; not developing age related peer relationships; lack of gestures, body postures and facial expressions that happen normally during social interaction.

Another area of diagnosis is abnormal patterns of behavior, activities and interests in at least one of the following: rigid devotion to exact, rituals or routines; obsession with restricted patterns of interest that are unusual, either in concentration or center of attention; constant obsession with parts or things; recurring mannerisms such as hand flapping, rocking or complex whole-body actions.

Always get an expert Pediatrician’s advice if you notice any of this articles autism early signs, or have any concerns about your child’s development.