Electrical Exit Signs Replacement: Which Sign Is the Best Replacement? 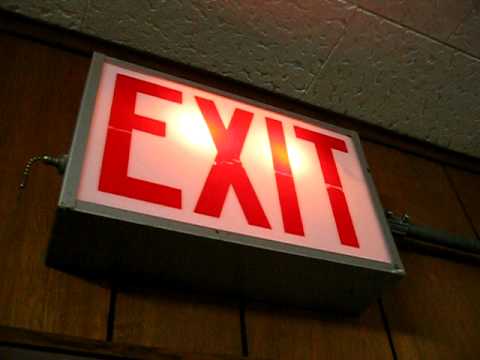 If you haven’t updated your building’s exit signs in recent years, it probably contains incandescent signage, the least energy efficient form of signage on the market. While incandescent models do their job, identifying building exits day and night, they do it at a now exorbitant cost. According to energy efficiency studies, a single incandescent sign costs $1,465 to implement, power, and maintain over a 10-year period, by far the highest 10-year cost of any exit sign. So, what are your options for implementing signage that doesn’t cost an arm and two legs? Below, we look at the most popular options for incandescent electrical exit signs replacement.

As with compact fluorescent models, LED models are also implemented as a part of larger lighting retrofits. But at a 10-year cost of only $370 to implement, power, and maintain, they offer a significant cost improvement over compact fluorescent technology. Even so, LED signs still cost more than you need to pay, and some models are designed to lose power when even a single LED bulb goes out. LED technology is a cost effective option for lighting certain parts your building, but it isn’t the most effective technology for an exit sign.

See also  Marketing Your Business With Signs and Banners

Tritium models have the advantage of costing nothing to power or maintain. But the radioactive capsules that power them result in a $75 disposal fee per unit, a fee that can be waived if you return the sign to its manufacturer with the agreement to purchase another one. Tritium models are great for reducing electrical and maintenance costs, but their radioactivity makes them an environmental nightmare waiting to happen.

Photoluminescent signage costs nothing to power or maintain. Operating by principle of photoluminescence, it absorbs photons from ambient light and then emits them under darkened conditions, creating a bright glowing effect that can last for 96 hours in total darkness. But unlike Tritium signage, it’s completely non-toxic and 100 percent recyclable. All you do is drop it in a recycling bin when its generous, 25-year lifespan is complete.